To mark the 35th anniversary of the frame-up of American political prisoner Mumia Abu-Jamal and to protest the criminal refusal by prison authorities to provide necessary medication, IBT comrades in Toronto, Canada, Wellington, New Zealand, and Oakland, California co-sponsored united-front demonstrations with a variety of organizations. A demonstration was also held in Philadelphia. We reprint below the speech given by an IBT representative at the Toronto rally. 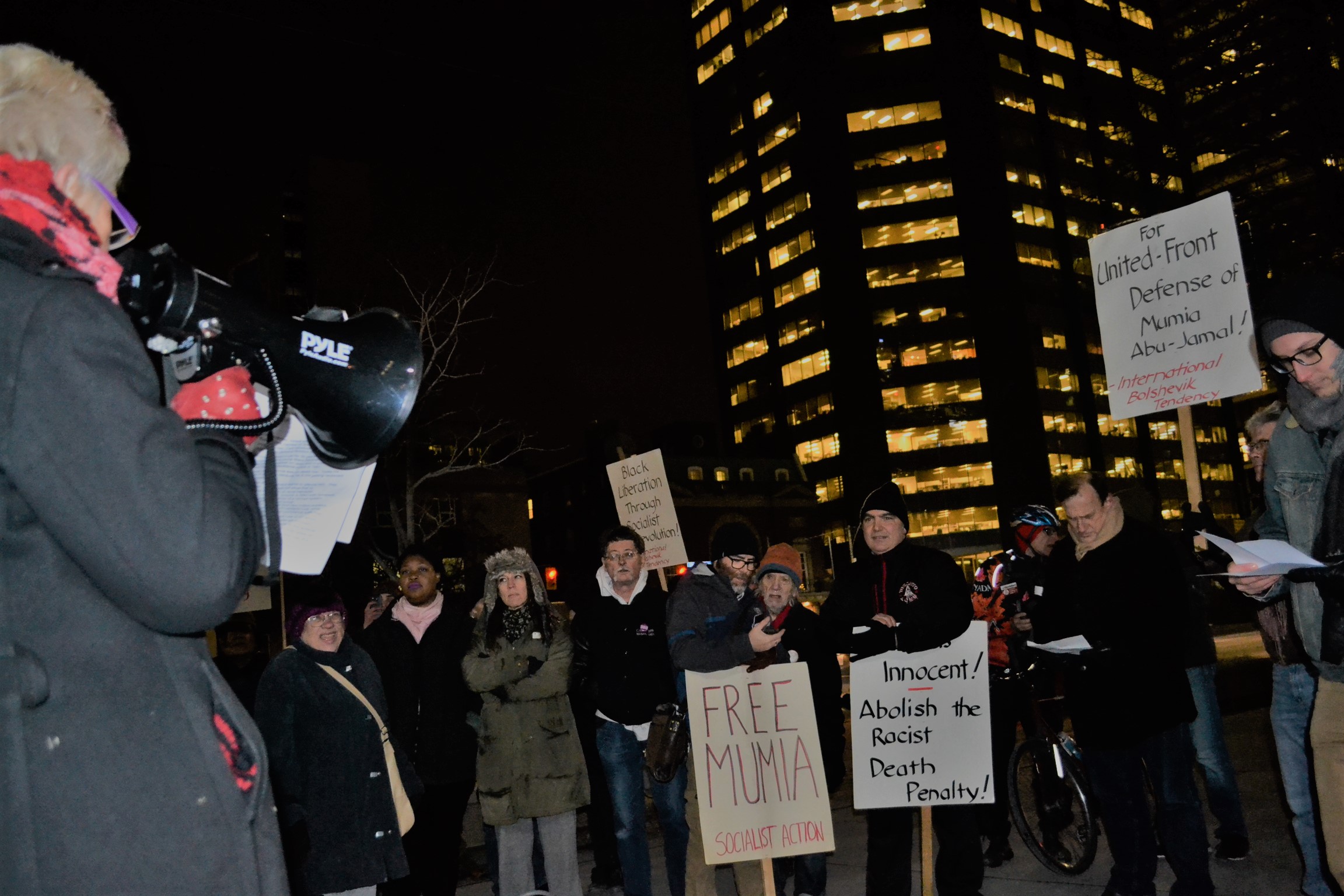 The IBT is proud to co-sponsor today’s rally in solidarity with Mumia Abu-Jamal as part of international actions to protest his arrest and incarceration for 35 years.

Mumia is innocent and he was framed [see The Case of Mumia Abu-Jamal]. Mumia was targeted because of his political association with the Black Panthers and the MOVE organization in Philadelphia, and because he was not afraid to speak out against injustice and oppression. We know Mumia did not murder officer Daniel Faulkner. The real killer, Arnold Beverly, has confessed to the killing. In a sworn affidavit to the court, Arnold Beverly admitted that he was “hired … and paid [by the mob and corrupt policemen] to shoot and kill Faulkner.” In that same affidavit, Arnold Beverly states: “I shot Faulkner in the face at close range…. Jamal had nothing to do with the shooting” [see Arnold Beverly’s affidavit]. But the U.S. courts have refused to hear Beverly’s testimony. Instead, the racist American “justice” system continues to knowingly punish an innocent man.

Along with the Beverly confession, the details of the original trial clearly point toward a frame-up from start to finish: crooked cops, coerced witnesses, faulty ballistics, jury rigging and a racist judge presiding over the proceedings. That is why we in the IBT have always rejected the call for a “new trial” for Mumia, while supporting the pursuit of every possible legal avenue. We want him free, now!

Although he is no longer on Death Row, Mumia’s life today is still threatened. Unable to kill Mumia through execution, the Pennsylvania correctional authorities are now withholding the life-saving medication for Hepatitis C that he, and many other prisoners, desperately need. They hope that this will finally accomplish what the courts couldn’t – silencing the “Voice of the Voiceless.”

The key to freeing Mumia lies in mobilizing the strength of the working class. It was the international protests of trade-unionists and other activists that prevented Mumia’s execution in 1995. And in April 1999, the International Longshore and Warehouse Union shut down every port on the U.S. West Coast in solidarity with Mumia [see “Labor: Fight to Free Mumia!”]. Workers organized in that same union also closed the Port of Oakland on 1 May last year [2015] to protest the wave of racist police killings of black and brown people across America [see “Labor Action to Fight Racist Cop Terror!”]. Actions like those point the way forward to what is possible on a broader scale when the labor movement organizes to defend the oppressed.

As Marxists we know that justice for working people and the oppressed will ultimately only be obtained through the revolutionary overthrow of the capitalist system, which is based on exploitation, racism and other forms of oppression. Here today we stand in solidarity with Mumia against that system: “An injury to one is an injury to all.” 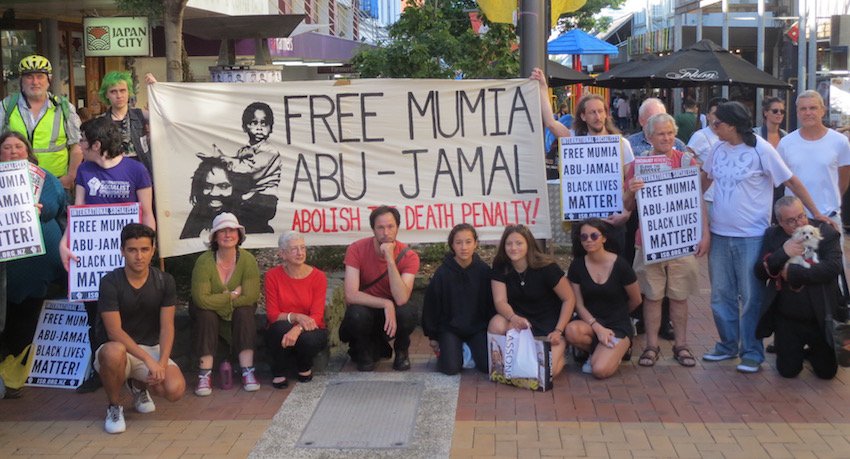